An archive to understand a mother

The archive is one of the most prolific practices in contemporary art. It is, perhaps, a possible response, an action to take, in the face of the present’s overwhelming number of images.

Archival practice, with its formal rigor and structural coherence, is fertile ground for the theoretical and historical reexamination of images. In its ability to take stock of what there is, the archive is a tool to map the unknown. To render familiar and meaningful what appears to be disparate and alien.

As discursive system, the archive establishes new relationships between the past, present, and future; the present is assigned the crucial role of defining and shaping the past, and of harboring in the present the promise of a future where the full importance of the material that makes up the archive will be revealed. The archive thus becomes a mnemonic supplement that keeps memory and salvages from oblivion.

The archive is the act of remembering.

Carla quickly detects what theorists call detours; an image is always missing, and she has tirelessly looked, over the course of decades, at the photographs of Rosa. There aren’t many, it’s true: no baby Rosa, no parents of Rosa, no adult Rosa. But what there is is hypnotic. Not only because she was beautiful, or because she perfectly embodied the young mother dead, but also because—inexplicably—Rosa had an intimate and secret relationship to the act of being photographed. Like someone who leaves a visual will or, more radically, someone who makes her own death mask before dying.

Carla Lucarella could have dealt with her mother’s absence and all of her particularities in many different ways: having a daughter to have a mother; looking after, raising, a body of work that she would mother. Carla has dealt with it in a way where things muddle and two drives that are often opposing—the drive to understand and the drive to feel—coexist.

Carla responds to the drive to understand, to know, by doing the opposite of what is expected: she renders the familiar strange, she structures, objectifies, and provides information, she doesn’t take anything for granted—no kinship, no likeness. She looks for firm ground beyond the darkness of domestic projection. There is a place for each photo in a chronological order. Rosa lived for twenty-six years, and those twenty-six years are what is displayed, even when there is no photograph on which to base them.

Her treatment of the photographs there are is meticulous: when, where, on what occasion, with whom, and—mostly—who took the photo, whom did Rosa entrust with her image?

At the same time, the drive to feel does not shy away from magic of any sort. It “animates,” brings back to life, to movement, what had been set forever more. Carla literally resuscitates her mother, allows her to breathe again.

There is, furthermore, a place where the two drives converge as one voice—Carla’s text, which sheds light on, gives life to, this series: pure information, hard facts, sentences repeated exactly as spoken to her, and the sensibility of a girl that has grown up strong. Everything there is and everything there is not is captured in that text’s tone.

The work has a coda: a mise en abyme of the matryoshka dolls, Carla as a girl (a striking likeness of her mother), Carla at the age of Rosa’s death, and Lara—Carla’s daughter—at the age Carla was left motherless.

What remains closes the cycle, its time. Like when springtime comes and we put away the blankets, knowing that we will soon take them out again. Because we need them. 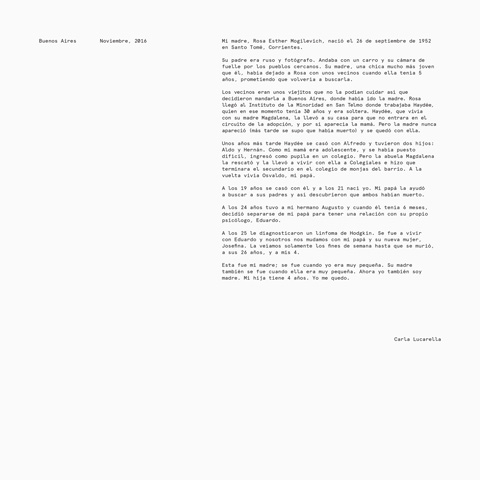 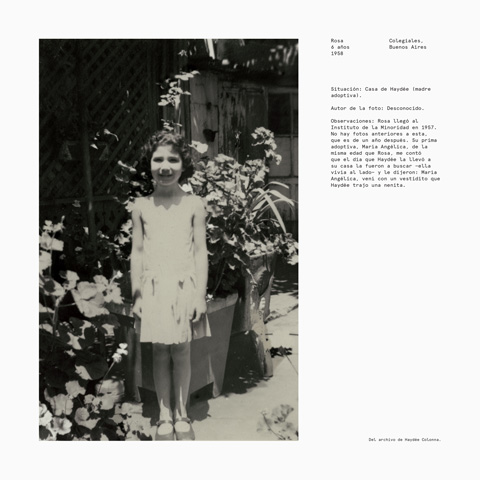 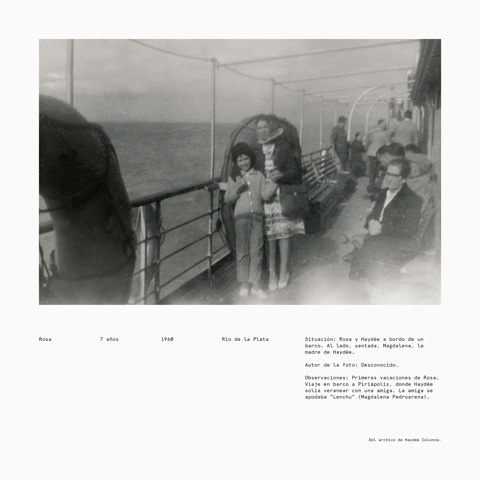 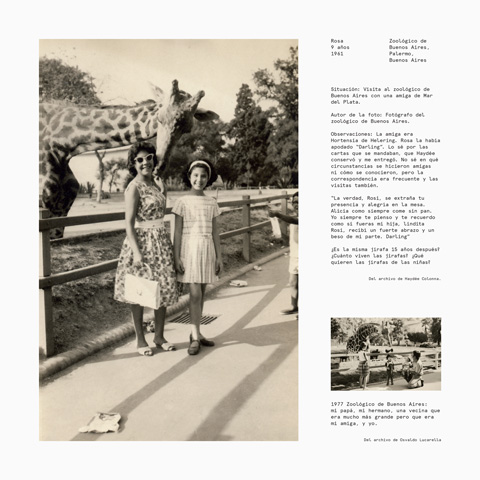 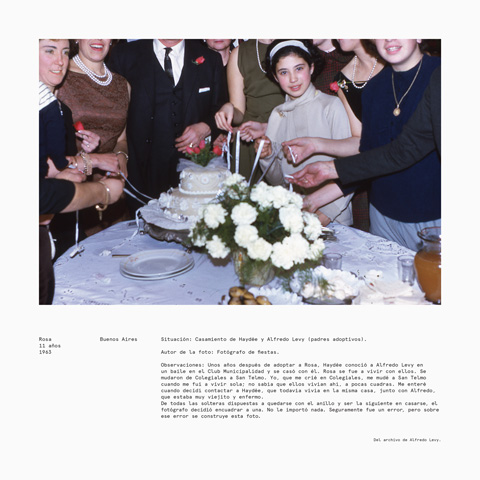 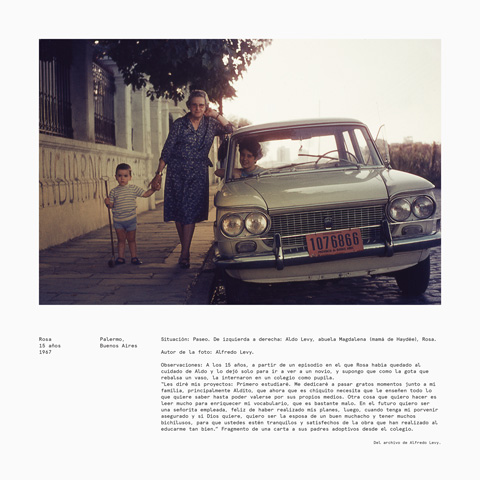 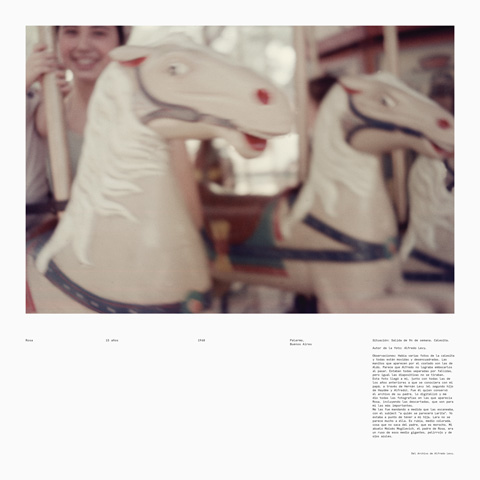 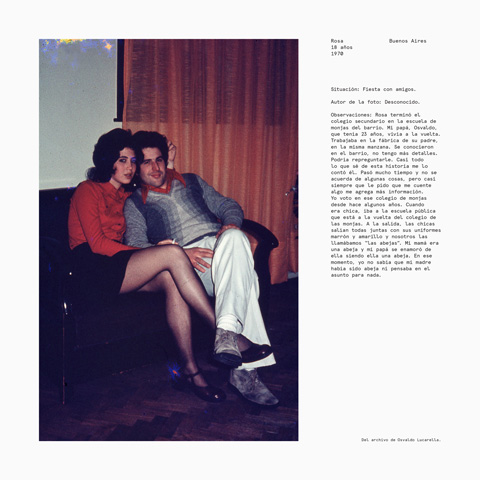 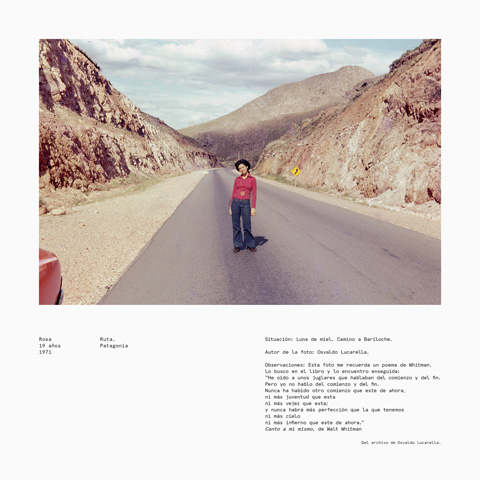 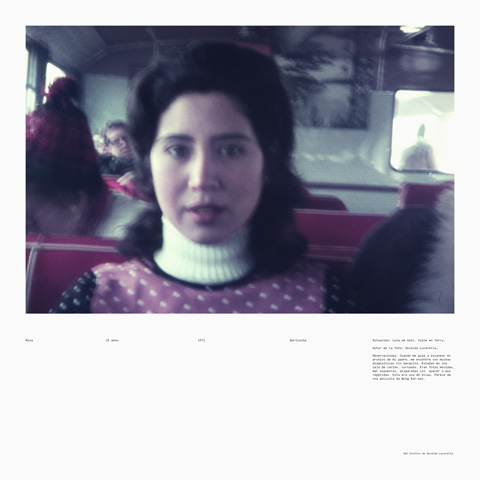 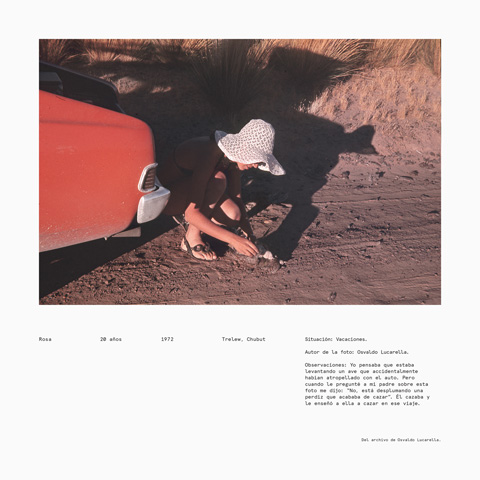 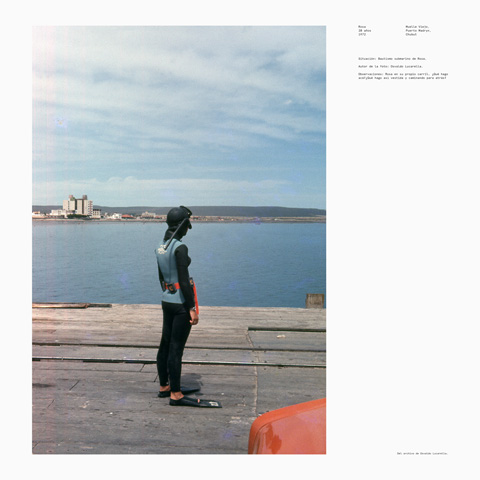 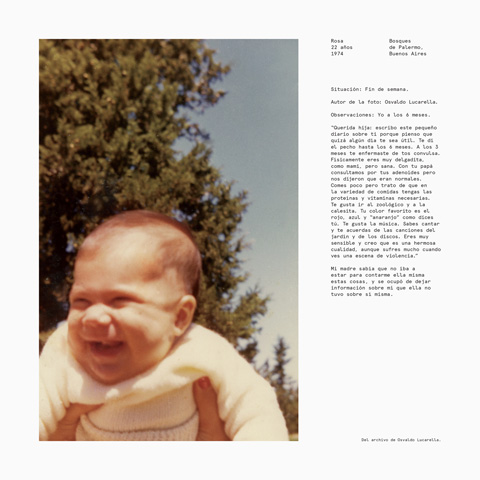 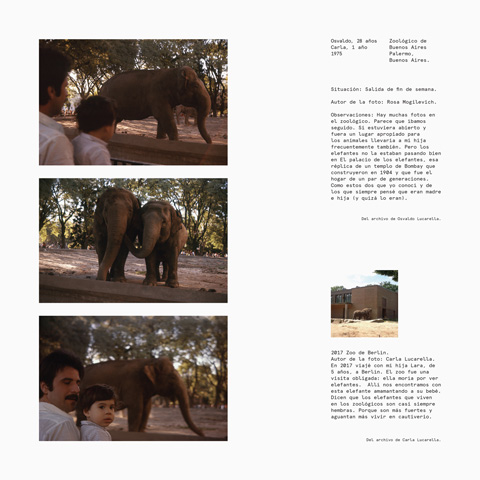 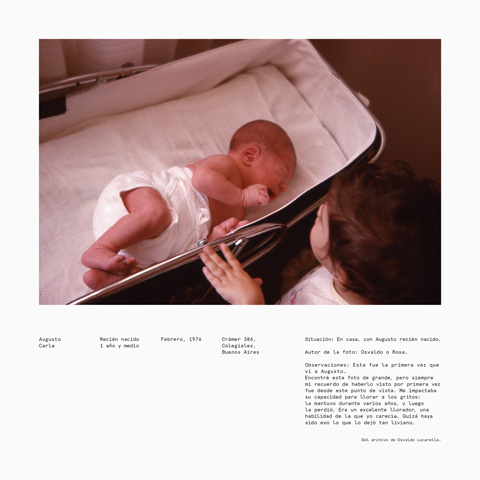 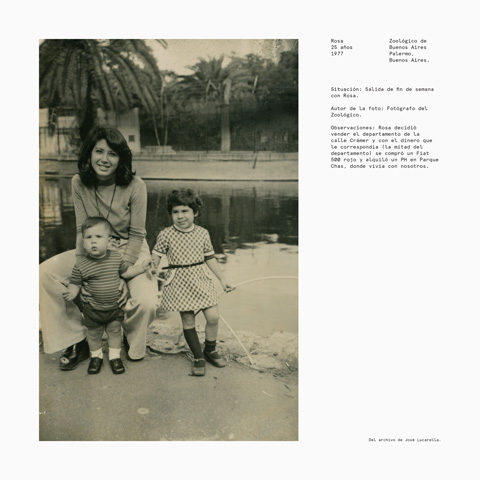 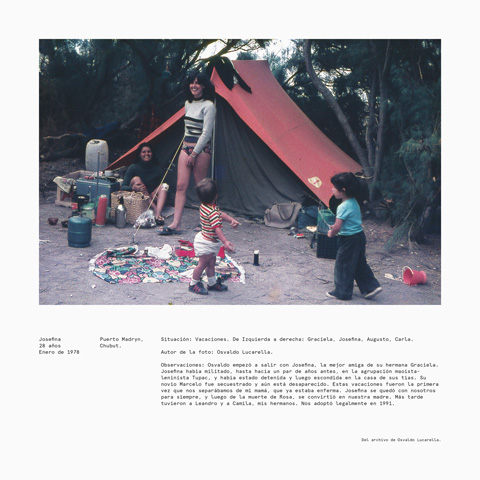 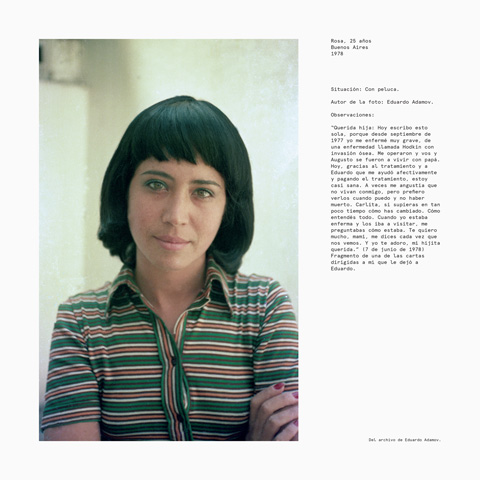 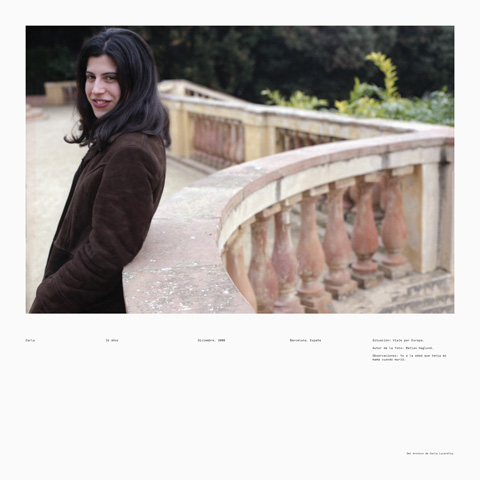 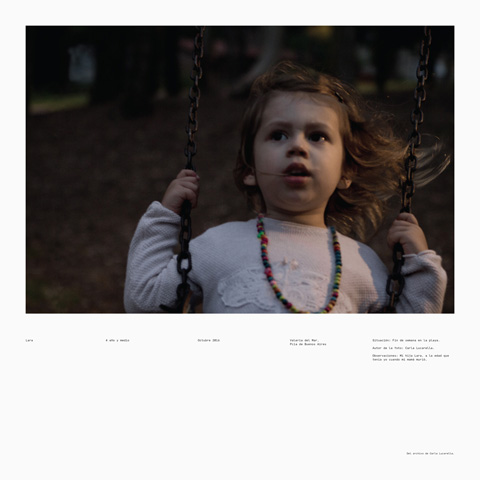